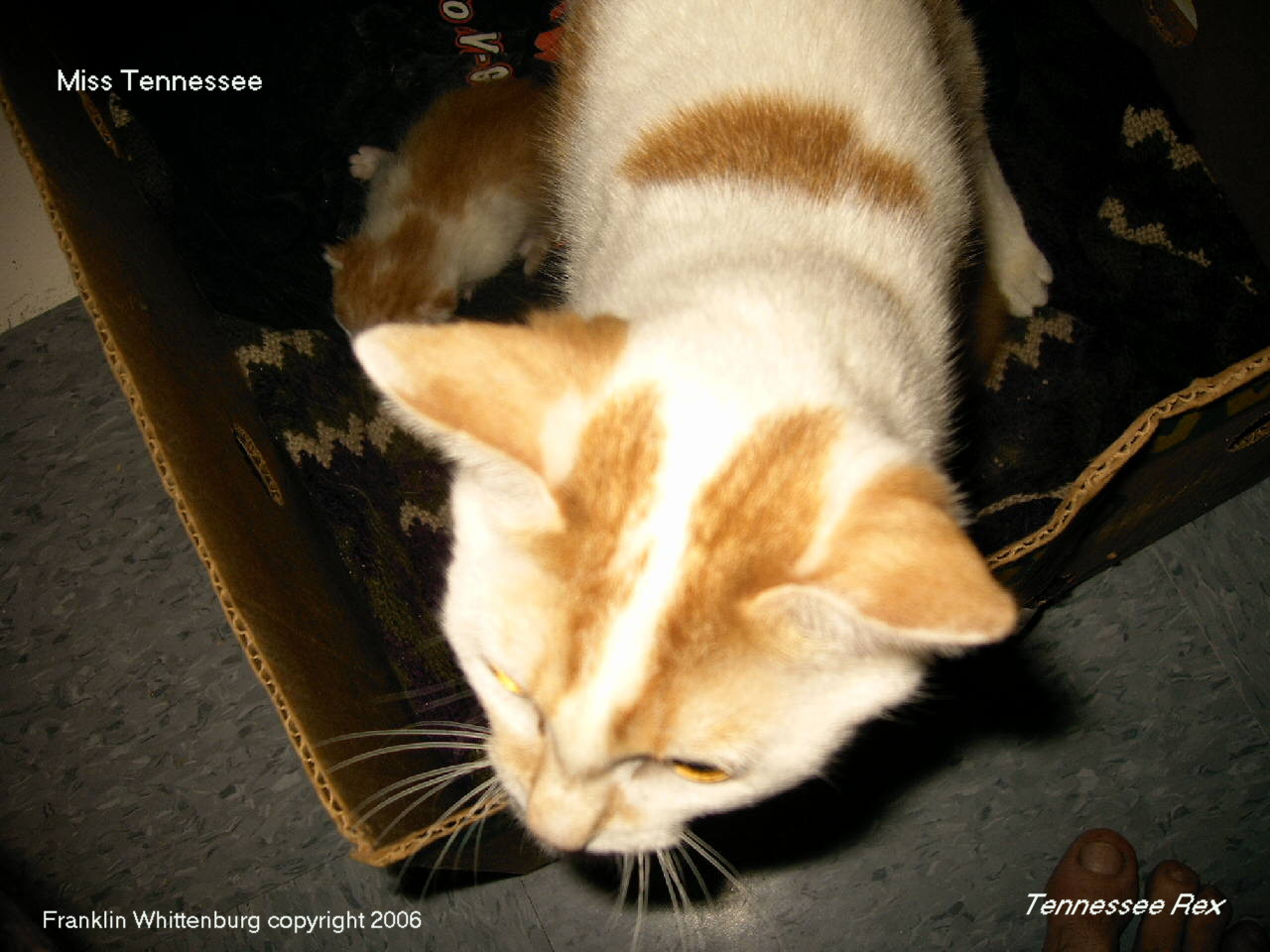 The story behind how I adopted Miss Tennessee is truly another one of those things that God  sometimes places on your table to let you know He is thinking about you. So once again I will give God all the glory for this beautiful little creation.

How I happened upon Miss Tennessee was an ad that was placed on the board of the vet's office where I had Woody neutered (straight haired brother). I had been looking for an orange and white cat to breed a Tennessee Rex too. When I went to pick up Woody the advertisement on the vet adoption board read "free to a good home, Tennessee and her little Vols". I smiled and thought to myself God has something unique planned here and I have got to pursue this. The ad was two months old so I still thought that it was a long shot that they still even had the cat. This is an actual copy of the ad! 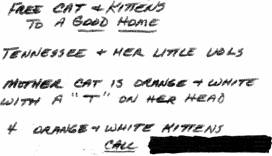 When I visited the lady who had the cat, I knew I had to adopt her. Miss Tennessee was a very petite cat, but she had an beautiful white "T" on the top of her head and she had three older kittens that were all orange and white. I asked a geneticist what gene caused that white "T". She said the gene was called "dumb luck". The woman who had Miss Tennessee was surprised that no one had really ever inquired about the cat in the last two months considering it's uniqueness. I like to believe that maybe God was saving the cat for me. I have since bred her to one of the Tennessee Rex cats and once again she produced only orange and white kittens! Coincidently, Miss Tennessee, like the T-Rexes was also found not far from the banks of the Tennessee River. 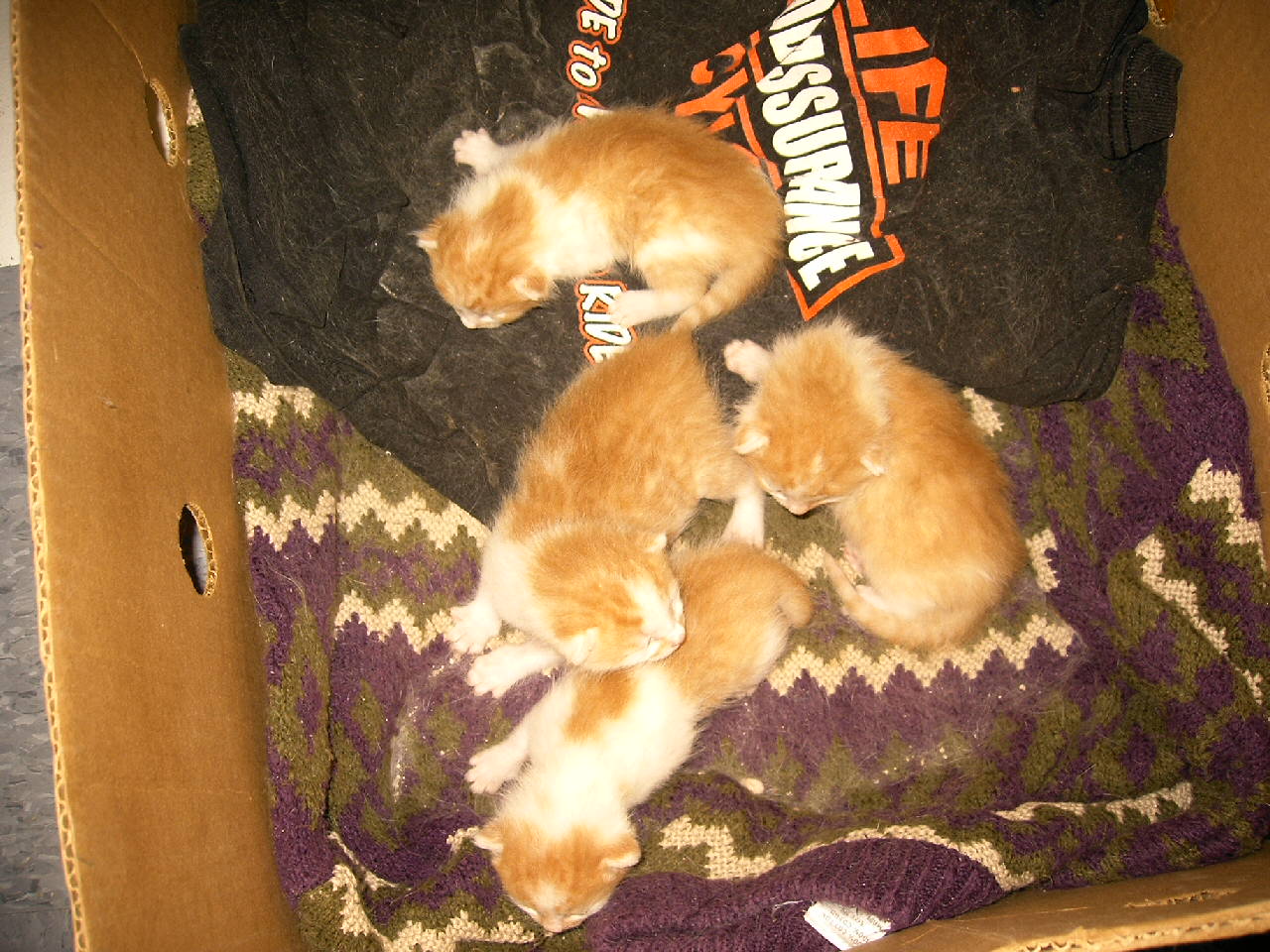